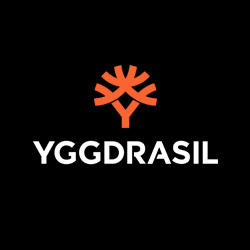 With its powerful Nordic tree of universe standing as the company’s logo, Yggdrasil is a relatively young software provider yet one of the most recognizable producers in the demanding industry. Both proprietary Yggdrasil slots and designs for third parties are famous for their innovative graphical solution and as such acclaimed in the rapidly growing market. Everything started in 2013 when a group of like-minded online casino enthusiasts joined around a challenging prospect – to deliver feature-rich games playable across multiple devices and recognizable as a true feast for eyes.

With its powerful Nordic tree of universe standing as the company’s logo, Yggdrasil is a relatively young software provider yet one of the most recognizable producers in the demanding industry. Both proprietary Yggdrasil slots and designs for third parties are famous for their innovative graphical solution and as such acclaimed in the rapidly growing market. Everything started in 2013 when a group of like-minded online casino enthusiasts joined around a challenging prospect – to deliver feature-rich games playable across multiple devices and recognizable as a true feast for eyes.

The list of Yggdrasil online casino games is somehow dominated by slots, even though the company is a fine artist when it comes to scratch cards, 3D games, lottery, and keno. Still, their early beginnings tied the name to video slots and later enriched the portfolio with progressive jackpot models, themed games, blockbusters, and more. Players will enjoy original plots, attractive visuals, intriguing backgrounds, an effective user interface, and more. As a result of constant growth and innovation, the company released the Dr. Fortuno cross-vertical slot mixed with a blackjack game, while the latter genre is additionally boosted with a 3D version hosted by Sonya, a sassy competitive croupier.

In addition to superior Yggdrasil slots, players can also try an array of table games produced in the Redux technology used for both RNG and live casino. You will enter a 3D surrounding where motion capture technology models dealers, rooms, tables, and more offering popular side bets to increase your gaming experience. To find out more by yourself, try the Golden Chip Roulette, Dr. Fortuno Blackjack, Lucky Blackjack, and Sonya Blackjack. This will bring a closer picture of why the company was crowned Innovator of the Year, Gaming Software Supplier of the Year, or Software Rising Star at the world’s most prestigious exhibitions. Thus, many of our top mobile blackjack casinos as well as top mobile roulette casinos feature Yggdrasil table games.

All modern games utilize iSENSE HDMI technology that replaced already extinct Flash allowing Yggdrasil’s artists and programmers to do everything they dreamed of on the gaming front, especially in the slots production. Without having to download a special Yggdrasil casino app, players can enjoy desktop and mobile versions of the same game, which saves time, effort, resources, and especially money. On the company’s side, this eliminated any need for duplication of work to turn online board games into mobile-ready games.

Back in the days, Yggdrasil mobile players were entitled to Flash-based games playable from a browser like Chrome, Firefox, or Safari. Since 2014, the company made a significant breakthrough with its trademarked iSENSE platform. The second iteration of this powerful tool was even closer related to HTML5 and enabled players to download any mobile-friendly game within a few seconds. Therefore, many of the best new mobile casinos 2020 are Yggdrasil powered.

Today, Yggdrasil mobile casinos not only gather the best and mobile-optimized titles, but also offer players a chance to participate in thematic promotions such as Yggdrasil Christmas Tree, Heating Up Winter, Gods of Halloween, and more. There is also a bunch of Streamer Promotions including Steamers take on Bounty Pop! and Battle of Streamers, where you can engage a handheld device to take up to €2.500.

When it comes to Yggdrasil video slots with progressive or standalone jackpot prizes, there is a whole group of intriguing titles produced in iSENSE 2.0+ technology such as Holmes and the Stolen Stones, Empire Fortune, Joker Millions, or Ozwin’s Jackpots offering a record-breaking prize of €7.8 million. Each of them is playable on smartphones and tablets as well as on desktop devices. Players will experience in-game promotional tools such as Brag and Boost, faster loading times, slicker user interface, and iQA regression testing tool that increases reliability and quality.

The online casino development arena is crowded with fierce battles among providers, but Yggdrasil is surely one of the most talented studios that quickly managed to avoid all tricks and grow from a rookie to a major supplier in the industry available in some of the best global mobile casinos. Since its inception in 2013, the company positioned itself as a provider of the highest-level online gaming solutions. There is no hint of exaggeration in this description since the developer is truly committed to the highest quality in all plans, so any Yggdrasil games appearing in online casinos are potential hits.

The fact that the company from the very beginning started not as a beginner, but as an experienced professional, was facilitated by an experienced team of specialists. The founder was Fredrik Elmqvist, who worked as an executive director at the famous NetEnt. Not surprisingly, they initially knew what they wanted and how to advance.

Today, Yggdrasil online casino content is not just mobile-friendly and highly engaging, but also offers players a chance to benefit from the industry-first in-game advertising tools called BOOST. Initially, the product was meant to keep operators happy by using promotional elements to attract players to their platforms. During the evolution time, it also boosted the players’ experience granting them additional advantages over the usual game functions.

Basically, the tool is designed to keep players returning to Yggdrasil’s in-game offerings by completing quests and completing various campaigns tuned to multiply victories. These “achievements” were designed to attract players to achieve different goals in exchange for rewards. Most of these campaigns ensure that gamers come back again and again to complete quest objectives. It’s almost like a reward for loyalty but activated only when performing certain functions.

In 2016, the company’s overall efforts were crowned with the prestigious “Provider of the Year 2016” award, which only made the online social sharing tool “Brag” launch faster. An already established system of missions and loyalty points was enhanced with a chance for players to literally brag about their winnings on Facebook and other social networks. Both events greatly increased the popularity of Yggdrasil’s games and helped the company receive praise for their innovative and industry-changing ideas and designs.

When talking about the trust and fairness of Yggdrasil casino games, we simply must mention a serious licensing system backing up the story where the UK Gambling Commission, Malta Gaming Authority, Gibraltar Regulatory Authority, and OJNN – National Gambling Office of Romania ensure your safe and sound gaming experience. Additionally, the company is a SPER member (Swedish Gambling Association) and adheres to the organization’s ethical guidelines.